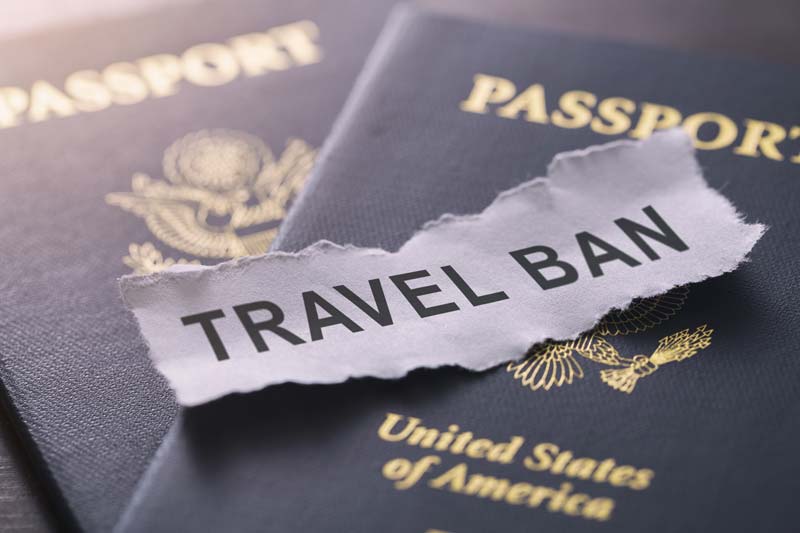 Temporary Suspension on Entry of Certain Immigrants and Nonimmigrants Extended

In late June 2020, President Donald Trump announced that he was making changes to his so-called coronavirus immigration ban. The Trump administration first announced the most sweeping immigration ban in U.S. history in April. This proclamation places a temporary prohibition on any immigrants entering the U.S. who are seeking legal permanent residency, commonly known as “green cards.”

The initial ban was intended to be temporary, lasting only 60 days. However, the latest executive proclamation increased the ban’s duration to the end of 2020 and substantially expanded the ban to include H-1B visas, as well as other temporary employment visas.

During this timeframe, the Trump administration also announced a new policy that would have targeted international students only enrolled in online courses offered by their colleges or universities due to the COVID-19 pandemic. The new policy would have made these students potentially subject to deportation, forcing them to either leave the U.S. or transfer schools to one that offered in-person classes. However, the White House ultimately withdrew this policy after an immediate outcry and lawsuit from the higher education community, standing by their international students.

Exemptions to the Ban

Individuals who already were present in the U.S. with valid visas in these categories as of June 24, 2020 are exempt, or who had an official and valid travel document based on one of these visas. The ban also contains a broad exemption for anyone whose travel would be in “national interest.”

Although the ban exempts the immigration of spouses and children of U.S. citizens who are under the age of 21, it does not permit the entry of siblings, parents, and other relatives of U.S. citizens. Many of these individuals already have been waiting years to reunite with their U.S. citizen relatives.

The ban likewise exempts medical professionals, researchers, and public health professionals to assist with the COVID-19 pandemic. Foreign nationals whose travel is requested by the U.S. government or one of its agencies, either to meet critical foreign policy objectives or to satisfy treaty or contractual obligations also is permissible. Other exempt workers include professors and scholars, as well as H-2A agricultural workers, who are necessary to assist with continued food production.

Some exemptions to J-1 visas also exist, such as for au pairs who possess special skills to care for a child with special needs, those who are needed to prevent U.S. citizens and permanent residents from becoming public charges, and child care workers for parents who provide medical care for COVID-19 patients or related medical research.

New Targets of the Ban

The ban now suspends all new H-1B, H-2B, L-1, and J-1 visas, which are temporary work visas for skilled workers, managers, and au pairs. H-1B visas are for specific skilled workers, many of whom are employed in the tech industry. L-1 visas are available for foreign executives who work for large corporations.

Additionally, certain nationalities such as Iranians/Persians are effected substantially more, as they are already dealing with bans placed on their entry by the Trump Administration that predate the Pandemic bans.

Justifications for the Ban

Trump justified this suspension on immigration based on potential spread of the coronavirus pandemic and the protection of American workers from competition by foreign workers. However, months later, travel bans have done little, if anything, to curb the spread of the virus across the U.S. Many of those immigrants who now cannot enter the country due to the ban come from countries in which the spread of the virus is far better contained than in the U.S. In many respects, a required 14-day quarantine for immigrants wishing to enter the U.S. likely would be more effective to combat the virus than a virtually blanket ban on immigration.

Likewise, the White House contends that barring foreign workers will help Americans regain some of the hundreds of thousands of dollars that have been lost due to the coronavirus pandemic. However, according to history, the ban’s potential impact on the preservation of American jobs is unlikely to be significant. In a study of Mexican worker deportations during the Great Depression, the National Bureau of Economic Research found that the measure did not help the wages of American workers and may even have hurt them. The bottom line is that barring foreign workers seems to have an adverse effect on the American economy, rather than resulting in any improvement.

Challenges to the Ban

The American Immigration Lawyers Association and various immigration advocates have filed suit in the U.S. District Court for the District of Columbia, challenging the legality of the presidential proclamations that ban various types of immigration.

LBE Law Firm offers individualized representation for individuals in a variety of immigration law matters, including E-Treaty Visas, EB-1 visas and other employment-based, investment-based, and family-based visa categories. Our office also handles general legal matters, including bankruptcy, family law, contracts, and wills and estates. You can reach us at +1.424.273.5501 (call, text, or WhatsApp) or via email at info@lbelawfirm.com. We are here to guide you through your legal matters.

Next Post
Types of E Visas for Temporary Workers